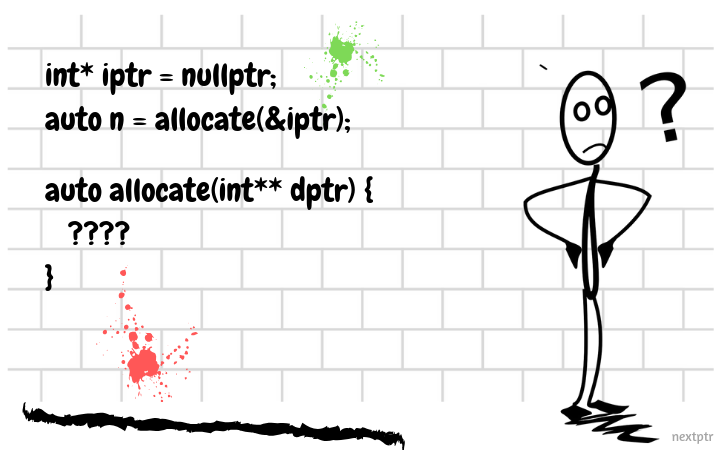 Once allocate returns, the iptr points to a memory location that holds n number of ints as shown:

Below is the partial implementation of function allocate. It accepts a int** as argument and returns the number or count of ints for which the memory is allocated:

The function getCount above, which is not shown here, could be a function that reads from a database and returns the count of ints for which the memory is to be allocated. You have to select from below choices that correctly allocates memory (or replaces /*__Allocate Memory__*/) in function allocate above (check Explanations for details):