Unless you know what you are doing, use of memset - and its near cousins like memcpy - should be avoided for initializing non-POD types. 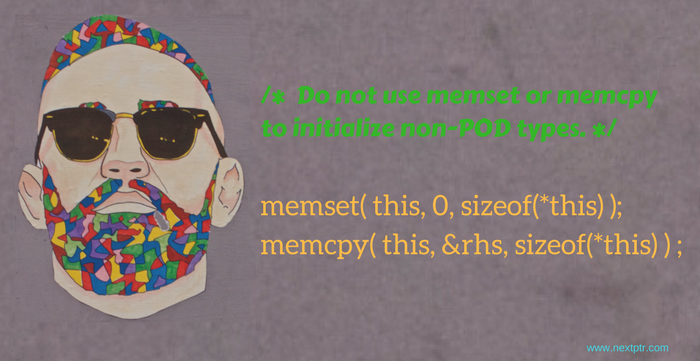 Here is an example of using memset to initialize an instance in a constructor:

The above code will continue to work fine until one day you decide to add a virtual method to Sample. Adding virtual method to a class introduces a pointer to vTable, known as vptr, in its every instance. Calling memset on this would cause memory corruption because it would zero out the contents of vptr.
In general avoid using memset/memcpy for initialization if:

How about a question on this topic? Following is an example of a poorly written code. It uses the assignment operator and memcpy to illustrate what could go wrong.

What would be outputted on the console?