Capture *this in lambda expression: Timeline of change 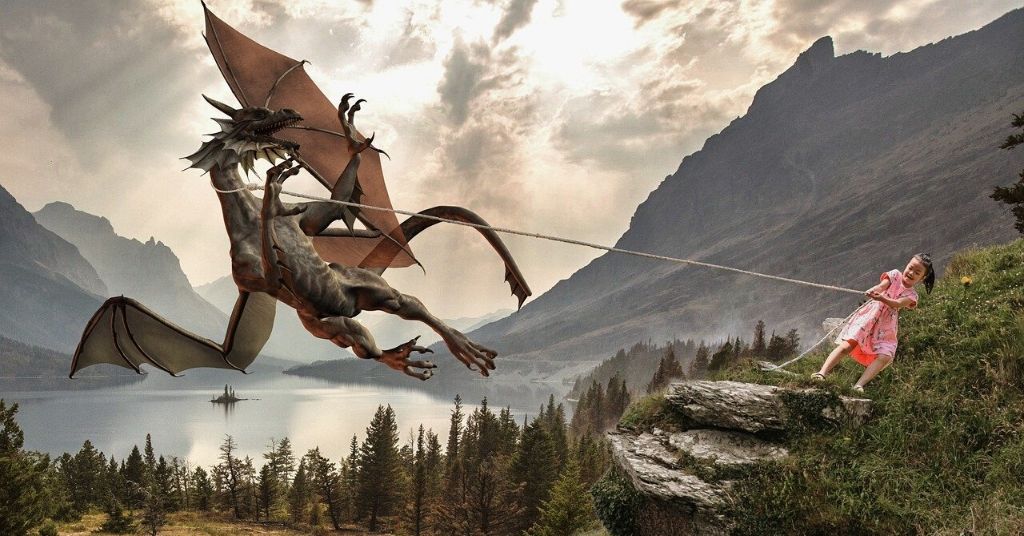 A lambda defined inside a non-static member function can directly access the members of the current object (or its copy) via an appropriate capture clause. But how the current object can be captured has gone through some changes since C++11.

Following is a list of captures relevant to capturing *this since C++11. Note that the below captures can include other variables also from the lambda's context (e.g., [this] could be [this, i, j]), as permitted. We are keeping it simple here for the sake of brevity.

The following table summarizes it all: 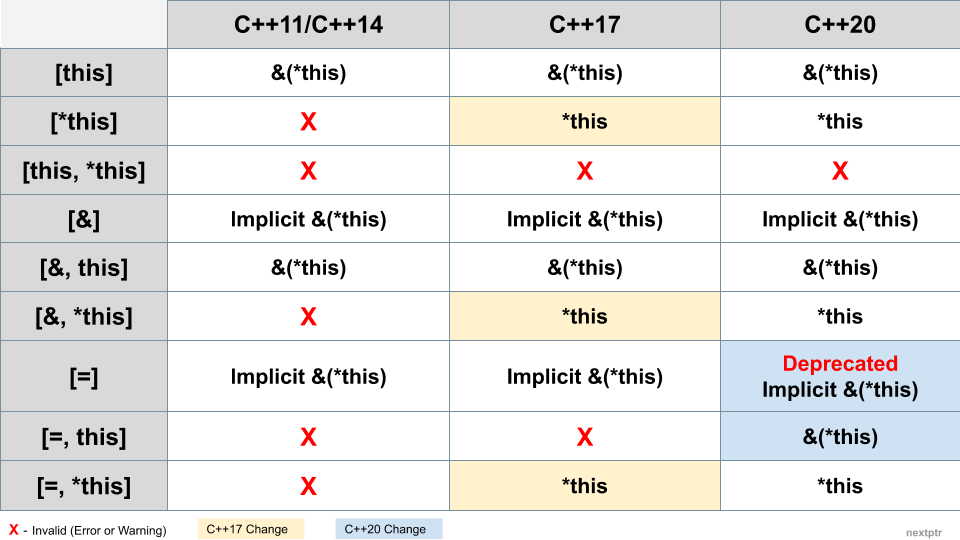 The next few sections have details of the changes introduced in different standards for capturing *this.

C++14 makes no changes to how *this can be captured. There is no direct way in C++11/C++14 to capture *this by value. The only way to capture the current object by value is through the workaround of creating a copy of it explicitly. That workaround is cleaner in C++14 because of the init-capture:

Consider the following lambda that captures this and executes asynchronously in a different thread. The this pointer might be invalidated by the time lambda runs:

By-value capture of *this can solve the above problem, but in the absence of that, workarounds are necessary. The C++14 workaround to capture an explicit copy of *this is error-prone when combined with [=]. Because [=, copy=*this] implicitly captures this, forgetting to prefix a class member with 'copy.' could become an evasive defect. As shown below:

Since C++17, it is very intuitive to capture *this by value, as follows:

In C++20, accessing class members in a lambda with [=] capture leads to a warning: